In a People House Read by Ms. Sebright

Ms. Sebright reads In a People House by Theo Lesieg.


Do you remember who Theo Lesieg really was?
Posted by pbutts at 12:55 PM No comments:

A Book a Day: The Red Pyramid

The Red Pyramid by Rick Riordan

Since their mother's death, brother and sister, 14 year-old Carter Kane and 12 year-old Sadie Kane have lived apart. Carter has traveled the world with their father, famous Egyptologist Dr. Julius Kane, while Sadie has lived with their grandparents in London. Then one night, Dr. Kane takes both his children on a private, after hours tour of the world famous Egyptian collection at the British Museum. The night ends in chaos: the priceless artifact known as the Rosetta Stone is destroyed, their father disappears, and Carter and Sadie are kidnapped. Worse, five of the Egyptian gods have been released: Set, the jackal-headed god of war, chaos, and storms, and the sworn enemy of the Kane children. Who are the Kane children? Well, like Percy Jackson, they are about to find out their own magical heritage.

If you've read the Lightning Thief series, you will want to read Rick Riordan's other mythology-based series, The Kane Chronicles, as well as the Magnus Chase series, based on Norse mythology.
Both series, as well as the Percy Jackson books are available on Hoopla.

You will be asked to create an account with your email and card number. You can then search thousands of books and music by author/artist, title, or subject. Hoopla titles are always available  to borrow for 21 days. The title streams or downloads onto mobile devices. You can borrow 15 titles a month.

Tip: I recommend using the app, but if you are reading on a computer in a web browser, make a bookmark after you open the book.

Parents: Hoopla has a KIDS mode to filter searches.

What signs of spring do you see around your house? We're getting little yellow crocuses in our front yard. We've had robins for a couple of weeks now. We live near the Kleinstuck nature preserve in Kalamazoo where we've been seeing (and hearing!) ducks and geese begin to nest. When I was in high school in northern Ohio, a favorite sign of spring was the return of big ugly birds to Hinckley, Ohio. What kind of birds come back to Hinckley on March 15?

It was also the mascot of our favorite rock radio station in Cleveland. If you find the website for the metropark, you will see pictures of some of the awesome ledges we would climb on the weekends.
Posted by pbutts at 4:47 AM No comments:

A Book a Day: Scary Stories for Young Foxes

"Tell us a story," the alpha kit said one misty night.
"Make it scary!" the fourth said, yipping and hopping.
"Yeah!" said the third, snarling. "So scary our eyes fall out of our heads."
"Please stop biting my face, children," their mother said.
The kits behaved themselves while she smoothed out a bed for the night.
"Let's see," she said. "How about ....'Rattlebones'?"
"Mo-om!" the beta said, rolling her eyes.
"You told us that story when we were two weeks," said the alpha.
"It's boring!" said the fourth.
"Very well..." Their mom began ripping out roots that had snuck through the den's walls. "How about 'Willoughby Wallaby and the Floating Paw'?"
"Seriously?" the fifth kit said.
"That story wouldn't raise the hackles on a field mouse!" said the fourth.
"It's kit stuff," said the third.
"Well," their mother said. "Those are the stories I know."
Seven little foxes sighed.
"Sorry to be a disappointment," their mother said, lying down. She paused and looked at the kits with all seriousness. "But you must promise that no matter what you do tonight, you will not go to Bog Cavern."
The kits' ears perked.
"What's ... Bog Cavern?" the alpha asked.
"That's where the old storyteller lives," their mom said. "If you go there, you'll hear a story so frightening it will put the white in your tail."
The kits stared at their thin, dusty brown tails with wide eyes.

So where do the seven kits go once their mother fell asleep? You guessed it. Bog Cavern. The storyteller in Bog Cavern has eight creepy, weird stories full of monsters, witches, and zombies ready to tell...if you dare.

Posted by pbutts at 5:05 AM No comments:

Who loves baseball? My grandparents had good friends who were Pittsburgh Pirates season ticket holders, so I saw a number of games as a kid, including game 3 of the 1972 World Series between the Pirates and the Baltimore Orioles.

Today was to be the opening day of the 2020 Major League Baseball season. So my question for you is this: what team did the Detroit Tigers play against in their first opening day game on April 25, 1901? Did the win? What was the score? 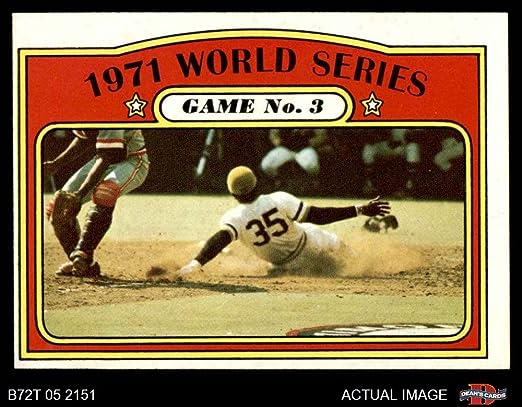 Posted by pbutts at 5:00 AM No comments:

Your mission is to share Tumblebooks with a younger brother or sister at home. If you need suggestions for what to read or share, here are some of the books I've shared with you over the years that are available in Tumblebooks that might be good choices:

TIPS: You can find these books by using the TumbleSearch link at the top and then typing in the title or you can click on the STORY BOOK tab and browse the cover pictures.

I would recommend planning to do two stories and telling brother or sister that you are picking the first story and that they can pick the next one. When your story is over you will need to X out of the tab and can then click on the STORY BOOK tab to pick the next story. Be patient and have fun. Send me a comment or Gmail to tell me what you read and how it went.

The Tumblebook app is available for iOS and Android. When you first open the app, choose SCHOOL, then enter the username tumble735 and the password books.

Thank you Portage District Library!
Posted by pbutts at 7:36 AM No comments:

A Book a Day: The Other Half of Happy

The Other Half of Happy by Rebecca Balcarel

Quijana is one half Guatamalan, one half American. Her parents never taught her Spanish at home to help her become more "American" at school. Still, artwork from Guatemala and her father's beloved guitar dominate the household. At school, Qui finds her part of a trio of friends with Zuri and Jayden. Her relationship with Jayden is fragmented, too: one half crush, one half buddy. The family is also struggling to figure out why her younger brother won't speak. When Guatemalan cousins move in to town, Qui is embarrassed by her minimal Spanish and then panics when her dad proposes a winter holiday trip to visit his mother in Guatemala. Convinced she will shame her parents with her poor Spanish, Qui begins selling things to raise money to buy a bus ticket to "run away" to visit her other grandmother in Florida to avoid the trip to Guatemala. Then her Florida grandmother becomes sick from cancer treatment. How will Qui fit all of these pieces together, both the sad and the happy?


The Other Half of Happy is available from Hoopla as well as Overdrive.
Posted by pbutts at 5:08 AM No comments: